How was it paid for?  Money from a severance package.

Until late December, Pilaporn Jaksurat, 33, was working full-time on a cotton spinning machine in a textile mill in Bangkok. She made about $7 a day and her benefits included bonuses of $30 a month for good attendance and a severance package worth about $800.

Then she was laid off when her factory, which sells fabric to clothing manufacturers in Europe, said it had to cut costs to cope with the global economic crisis. Finding a similar job wasn’t an option, since other local factories were also dumping staff due to a massive decline in orders from buyers across Europe and North America. She decided to start her own business, selling shots of medicinal wine to truck drivers and motorcyclists on the highway by her home — an adult version of the neighborhood lemonade stand. With help from friends, she fashioned a makeshift bamboo stand on vacant grass by the roadside. The start-up cost was about $275, she says, paid for with money from her severance package.

A few weeks later, shouting to be heard over the roar of oncoming trucks, Ms. Pilaporn says she’s making a profit of about $10 a day after expenditures for ingredients, including herbs and wine. That’s better than the $7 or so she made at the garment factory. She likes being her own boss, she says, and the income allows her to keep sending money home every month to help support her parents and 2-year-old child, who live together in a rural area in northern Thailand.

Read more about Pilaporn’s journey and how others have been able to weather the global downturn through underground entrepreneurship here. 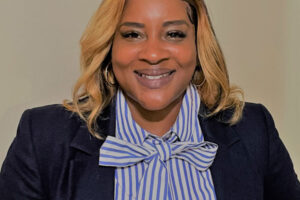 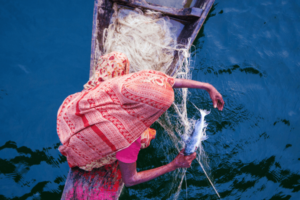